You are here: Home / West Asia / Afghanistan: US officials expect a strategy to meet Nicholson’s requests

US Officials have hoped that President Donald Trump will announce a strategy that meets the requests of commander in the field, Gen. John Nicholson, who asked for deployment of few thousand more American troops in Afghanistan, media reports said. 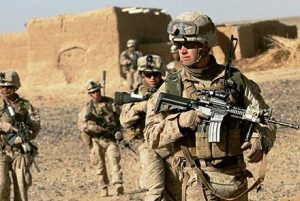 A report by CBC News indicates that according to US officials, Trump will aggressively push Pakistan to stop acting as a safe haven for terrorists.

This remarks come after head of US Central Command Gen. Joseph Votel, visited Pakistan and Afghanistan over the weekend to lay the groundwork.

The CBS also reported that labeling Pakistan a state sponsor of terrorism is one of the more extreme choices that have been considered, along with lesser pressure points such as reductions in aid and no longer designating Pakistan a non-NATO ally.

Officials in the region and Washington caution that until Trump announces his own decision, the plan could be further altered.

On Sunday, the US Defense Secretary James Mattis said that Trump himself “wanted to talk to the American people”.

Trump has decided on a strategy for Afghanistan that also takes a broad approach toward tackling competing interests in South Asia, CBS News said in a report.

The White House released a statement on Sunday saying that Trump will address the US troops and the American people on Monday evening from Fort Myer in Arlington, Virginia, “to provide an update on the path forward for America’s engagement in Afghanistan and South Asia”.