The US Ambassador to Russia John Tefft has provided explanations regarding the new US strategy in Afghanistan at a meeting with Russian Deputy Foreign Minister Igor Morgulov, the Russian Foreign Ministry reported according to tolonews.com. 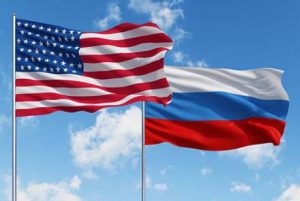 In a statement issued by the ministry, the Russian side outlined a number of issues that needed to be specified with regard to both the parameters and the modality of the US military presence in Afghanistan.

It was noted that the new strategy was aimed at solving the Afghan problem by force and that it was consonant with the Obama administration’s “prescriptions, which, as is common knowledge, had not led to any positive results,” the statement read.

The statement indicated that the Russian side “focused on the lack of transparency in the US military actions, something that evoked justified concern in Russia and other regional partners.”

It was stressed that Moscow did not share Washington’s pressure policy directed at certain states in the region, and called for “equitable interaction and coordination of approaches to the Afghan settlement with regard for the interests of all states in the region without exception.”

“The strategy’s obvious shortcomings are that it does not pose the objective to fight the Afghan drug threat and lacks a comprehensive approach to counteracting the expansion of ISIS (Daesh) influence in Afghanistan,” read the statement.

The Russian Foreign Ministry added that, during the meeting, the two sides “discussed the opportunities for cooperation between Russia and the US on Afghanistan in bilateral and multilateral formats.”