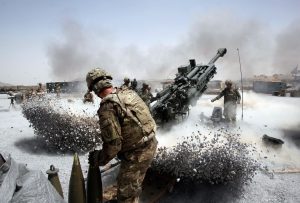 More than 50 senior Taliban commanders were killed in an artillery strike on a meeting in Afghanistan’s southern province of Helmand, a U.S. military spokesman said, as fighting continues across the country, like reported by reuters.com.

The attack on a meeting of commanders in the district of Musa Qala in Helmand, one of the heartlands of the Taliban insurgency, was a significant blow to the insurgents, said Lt. Col. Martin O’Donnell, spokesman for U.S. forces in Afghanistan.

“It’s certainly a notable strike,” he said, adding that several other senior and lower level commanders had been killed during operations over a 10-day period this month.

The Taliban dismissed the report as “propaganda” and said the attack had hit two civilian houses in Musa Qala, killing five civilians and wounding three.

“This was a civilian residential area, which had no connection with the Taliban,” spokesman Qari Yousaf Ahmadi said in a statement.

The U.S. military said the May 24 meeting involved commanders from different Afghan provinces, including neighbouring Farah, where Taliban fighters briefly threatened to overrun the provincial capital this month.