You are here: Home / West Asia / Afghanistan: US army prepares to deploy new force as part of revamped war strategy 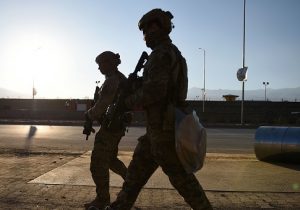 A new specialized U.S. Army unit is preparing to make its first deployment to Afghanistan in the spring as part of the Trump administration’s revamped strategy for the war there, like reported by freebeacon.com.

The 1st Security Force Assistance Brigade, or SFAB, is the first of six new combat units made up of roughly 1,000 soldiers, each of which has been specially designed to “advise and assist” foreign armies so they can contain guerrilla movements independent of other U.S. and coalition forces, Politico reported Friday.

“This is not going to be like previous deployments,” the commander of the brigade, Col. Scott Jackson, told Politico. “The first rule is that everybody in this formation has done their job before.”

Unlike “ad hoc” groups that have been deployed to help train Afghan security forces, the SFABs are being built from the ground up with the sole purpose of assisting foreign troops in the field.

“Our previous experience with [advising]-type work has been ad hoc,” explained Jackson, a career infantry officer who previously served as an adviser in Iraq and later commanded a regular combat brigade.

Army Green Berets, special operations soldiers who specialize in such training missions, have been working to train troops in Afghanistan and Iraq for over 15 years now. But almost from the start, the demand has been too high. As a result, the Army and Marine Corps have supplemented special operations units with conventional fighting units ill-prepared for the advise-and-assist work.

The 1st SFAB’s training timeline has been condensed to facilitate a spring-time deployment after Gen. John Nicholson, the top U.S. commander in Afghanistan, determined the unit to be a good fit for President Donald Trump’s revamped strategy in the region. The strategy focuses on U.S. military advisers training Afghan units, as well as calling in air and artillery strikes, in order to help Afghan infantry battalions regain territory held by the Taliban.

The Trump administration’s strategy includes plans to increase the number of U.S. troops in the country from 11,000 last summer to around 15,000.

Some in the field are skeptical of the new brigades’ potential. They have criticized the shortened training timeline—reduced from one year to 6 months—and questioned if the political will exists to support the Afghan war for as long as it might take for the new strategy to produce lasting results.

Jason Dempsey, a retired Army officer who served as an adviser in Afghanistan, said there are promising signs in the approach to the Afghan war, but he remains cautious of the strategy’s longevity.

“No matter what the president or Gen. Nicholson says, there are going to be midterms and a reelection campaign here. So are we really there for the long term?” asked Dempsey, now affiliated with the Center for a New American Security.

“How do you avoid the pressure to show success that will justify withdrawal?” he added. “It’s going to have to pass the smell test with the American people, because how many times can you be promised that this time’s different?”

Jackson, the brigade commander, acknowledged training for the upcoming deployment “was significantly shortened.” It is a change that critics have not overlooked.

“That’s a strike against it right there,” said David Sedney, a former State Department and senior Pentagon official with long experience in Afghanistan.

Sedney, who supports the effort in theory, added: “Whenever you accelerate something, you reduce the quality.”

Yet others are hopeful, both in the bridages’ role in current Middle East conflicts and in future advise-and-assist missions around the globe.

The brigades were first unveiled in the fall by Army Chief of Staff Gen. Mark Milley, who previously participated in some of the improvised adviser efforts in both Afghanistan and Iraq.

“We are training, advising, and assisting indigenous armies all over the world, and I expect that will increase and not decrease,” Milley said during the fall announcement.

In a speech earlier this month, Milley said the brigades promised “a better-quality product in terms of our advising.”

Secretary of Defense James Mattis spoke in December of plans to have U.S. conventional forces, as opposed to special forces, take on a more significant advising role in 2018, the Military Timesreported at the time. He said utilizing U.S. forces to advise the conventional Afghan army, rather than focusing solely on the Afghan special forces, will increase the capabilities of its troops, who so far have not been fighting “in the way we want them to.”

“We’re going to be putting more American forces, advisers, in the more conventional force in the Afghan army. As you know, they have not had them, and they’ve not—they were not ready to fight in the way we want them to,” Mattis said. “So, as you put the Americans down there, you’ll see more out with the Afghan force—the regular forces, the ones that have not had mentors before.”

While the brigades’ ultimate effectiveness remains to be seen, morale is high among the 1st SFAB’s soldiers, who are “eager, battle-hardened volunteers,” Politico noted.

Some soldiers volunteered for the brigade because they felt invested in the war in Afghanistan or felt affection for the Afghan people.

Staff Sgt. James Elliott, who has fought in both Iraq and Afghanistan, said advising is simply the latest form the war has taken. For him, it is the fight that is motivating.

“I like to fight. I grew up fighting,” he said.

Staff Sgt. Robert Sumner joined the brigade after first serving in the British Army, working as a security contractor in Iraq, and then joining the U.S. Army and deploying to Afghanistan. He said he was skeptical of the unit at first, but after a few months with the brigade, he is confident the Army is putting the right resources into the mission.

“I haven’t done this much training in a long time,” Sumner said. “I’m looking forward to the deployment.”