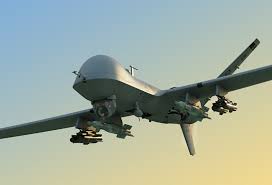 At least four militants four militants of the Islamic State of Iraq and Syria (ISIS) terrorist group were killed in an airstrike in eastern Nangarhar province of Afghanistan, like reported by khaama.com .

The provincial government media office in a statement said the airstrike was carried in the past twenty four hours in Haska Mina district.

The statement further added that the US unmanned aerial vehicles targeted the militants of the terror group in Manogi area.

At least two militants were killed and two others were wounded in the airstrike, the statement said.

The provincial government also added that some heavy and light weapons belonging to the terror group were also destroyed in the airstrike.

The US forces based in Afghanistan conduct airstrikes almost on regular basis in Nangarhar province where the Taliban insurgents, ISIS loyalist, and terrorists from the other groups are attempting to expand their foothold.

At least two members of the Pakistan-based Lashkar-e-Islam group were killed in a similar airstrike in Nangarhar province on Monday.

The officials in the 201st Silab Corps of the Afghan national army in the East, said the airstrike was carried out in Bandar area of Achin district.