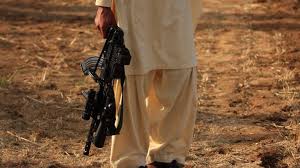 A new type of threat has reportedly emerged in Afghanistan. Under the façade of negotiating peace, the Taliban’s military hardliners have allegedly set in motion tactical alliances with other non-Taliban groups as part of their double game to continue fighting and disrupting peace efforts. One such emerging relationship relates to recent reports about the growing ties between the Haqqani Network and ISIS-Khorasan, the terror group’s Afghan branch, like reported by thehill.com.

The Haqqani hardliners are the Taliban’s lethal arm, who have long believed they have no military reason to stop fighting or sue for peace. A recent United Nations report emphasized the network’s evolving partnership with ISIS-K, noting that most ISIS-K-claimed attacks had some degree of “involvement, facilitation, or the provision of technical assistance by the Haqqani Network.”

Operationally, the Haqqanis seek to establish a lethal triangle with ISIS-K and a third group, Lashkar-e-Taiba, or LeT—the Pakistani jihadists that lend active training and logistical support to this emerging front. To a large extent, the partnership in the triangle seems more transactional than ideological, where each side brings its comparative advantage in supporting attacks and logistics. Yet there appears to be a clear division of labor and responsibility among the three factions.

At present, the Haqqanis constitute about 20 percent of the Taliban’s total fighting force. While there is little precise information about ISIS-K’s actual fighting strength, up to 2,200 fighters are believed to operate under the group’s banner across Afghanistan. This includes at least 10 percent foreign fighters with combat experiences in Syria and Iraq. There is, however, a great deal of ambiguity about who ISIS-K really is and whether it presents an indigenous threat or is an externally-enabled special project designed for a particular purpose. After all, ISIS-K was born only after disgruntled Taliban members rebranded themselves under a new flag. Today, the group maintains limited communication with their parent organization in Syria/Iraq and exercises autonomy in operations and decision-making. Meanwhile, there are about 800 active Lashkar-e-Taiba fighters, mostly in eastern Afghanistan.

While all groups in the triangle maintain sleeper cells in Kabul, Nangarhar and Kunar provinces, ISIS-K’s operational capabilities to stage complex attacks on its own are negligible. In that regard, the Haqqanis have a competitive advantage and maintain a stronger operational presence in major cities, including Kabul, Paktia, Paktika, Khost, Logar, Wardak and Ghazni provinces. The LeT, on its part, plays a significant role in smuggling weapons and foreign fighters into Afghanistan, explosive training and targeted assassinations.

Meanwhile, there appears to be a greater degree of coordination in the triangle in terms of claiming responsibility for attacks. Although the Haqqanis are skilled at staging complex raids, they hardly claim any attacks under their name. Instead, the Taliban take responsibility for nearly every attack that results in military casualties, while ISIS-K often claims ones that kill civilians. The UN report found that intercepts showed ISIS-K claimed attacks were “traceable to known members of the Haqqani Network.”

It almost seems that in this transactional partnership, the Taliban hardliners have found a willing scapegoat in ISIS-K and have outsourced their dirty work of targeting civilians. In fact, there have been instances of simultaneous attacks on the same day in a city, where ISIS-K has claimed the attack on civilian targets while the Taliban claims the one on Afghan forces and institutions.

Without a doubt, this evolving alliance of convenience is a troubling development. It runs contrary to the promises made in the U.S.-Taliban agreement, to which the Haqqanis are a de facto party. Worryingly, the Haqqanis codependent relationship with al Qaeda is another concern. The relationship seems as strong as it was in the 1990s when the Haqqanis first allowed al Qaeda to establish camps in Haqqani territory. For example, the UN report declared that senior Haqqani leaders have discussed forming “a new joint unit of 2,000 armed fighters in cooperation with and funded by al-Qaeda.” In February 2020, Haqqani leaders also reportedly met with al Qaeda’s leader, Ayman al-Zawahiri.

More broadly, al Qaeda in Afghanistan has stayed disproportionately healthy and has not lost sight of its objectives. On the contrary, it has managed to regenerate its network, bolster its operational capabilities, cement its alliances and expand its presence beyond Afghanistan through its local franchise, al Qaeda in the Indian Subcontinent (AQIS).

Despite the U.S.-Taliban agreement, al Qaeda continues to draw its strength from its multilayered partnership with the Taliban. The terror group has effectively transformed itself by adopting a surrogate role under the Taliban’s shelter and has entrenched al Qaeda deeply into the Taliban ranks. This transformation has served al Qaeda well, enabling the group to patiently increase its activities and capabilities, especially with the Taliban under the public spotlight.

To a large extent, that investment has paid off. Today, al Qaeda operates camps in 12 provinces and boasts 600 fighters. The group’s innovative abilities to attract new recruits has been equally impressive. It can easily inspire recruits from over 10,000 foreign terrorist fighters in Afghanistan, including up to 6,500 from Pakistan. Meanwhile, Taliban ranks are awash with various pro- and anti- al Qaeda factions, which often make it difficult to distinguish Taliban fighters from al Qaeda ones in Taliban units. Politically, too, al Qaeda has stayed in sync with the Taliban. During the U.S.-Taliban talks, al Qaeda leaders Ayman al-Zawahiri and Osama bin Laden’s son, Hamza bin Laden, received regular assurances from their Taliban partners that their “historical ties” will be honored.

However, while al Qaeda has been unaffected by the growth of ISIS-Khorasan, it has suffered important setbacks in recent months. In September 2019, AQIS chief Asim Umar was killed alongside a courier who transported messages to Ayman al-Zawahiri in a compound in southern Afghanistan. Also in September, the U.S. announced the killing of Hamza bin Laden in the Afghanistan/Pakistan region. Yet other prominent al Qaeda leaders with long ties to Afghanistan remain at large in Afghanistan and the region, including Abu Muhammad al-Masri and Saif al-Adel, who are believed to be in Iran.

To be sure, these tactical alliances do not portend well for the U.S.-Taliban agreement, which envisions the Taliban and their hardliners as potential counterterrorism partners. Neither do these growing threats augur well for a post-American Afghanistan, as emphasized by repeated U.S. security assessments. More pressingly, the Taliban hardliners’ double game on the heels of potential intra-Afghan talks underscores the existing political-military frictions within the group. It highlights how the Taliban views a public break with al Qaeda as a risky proposition, one that could trigger a dangerous internal revolt within its military ranks. This double game is also indicative of the lack of intra-Taliban consensus about truly negotiating peace and runs a greater risk of disrupting the upcoming peace negotiations.

For now, it is hard to imagine a way forward for Afghanistan. The running challenge is that the United States remains undecided about what it wants to do with Afghanistan. But whatever the U.S. decides in the coming months, the threat posed by overlapping alliances of the Taliban-allied jihadist groups should not be ignored.