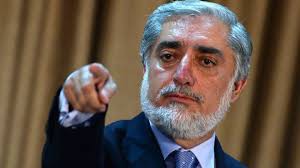 He said according to the National Security Council’s order, security forces have focused on eliminating key and operational safe havens of militants.

“The Taliban’s leadership in Afghanistan has suffered a major blow in special operations in recent weeks,” he said.

He added: “The security forces will be in a better situation in the next year because they will focus on basic and main centers from where the Taliban are organizing their subversive activities.”

Meanwhile, a number of military analysts said they believe that next year will be the toughest year yet for Afghan forces if the challenges and gaps are not addressed.

“The security forces should be trained to thwart the new techniques used by terrorists against them,” said Mirza Mohammad Yarmand, former minister of interior.

This comes after the ministries of Defense Interior on Sunday said they have identified Taliban’s strategic operating centers and will target these facilities in the upcoming winter.

The ministries said the second Shafaq Operation is already underway to eliminate insurgents in insecure regions.