You are here: Home / West Asia / Afghanistan: Taliban threaten to continue fighting until the formation of ‘Islamic System’ 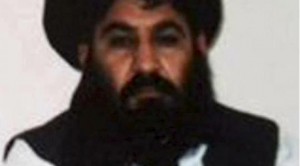 Taliban have threatened to continue fighting until the formation of an ‘Islamic System’ in Afghanistan.

Mullah Akhtar Mohammad Mansour, the Supreme Leader of Taliban has released an audio message on Tuesday saying that their core aim is to establish an ‘Islamic System’ in Afghanistan and until then the fighting will continue.

Taliban in their previous messages had emphasized on the withdrawal of foreign troops from Afghanistan but in today’s message Mullah Mansour calls the government to be ‘Un-Islamic’.

This comes as the constitution of Afghanistan is formed in accordance with the Islamic rules and the formal religion mentioned in there is also Islam.

Contrary, numbers of religious scholars have called the activities of Taliban to be un-Islamic and name them the servant of the intelligence agency of Pakistan, Inter-Service Intelligence (ISI).

Abdul Rab Rasoul Sayaf, a religious scholar and former Jihadi leader says whoever carrying out suicide attacks and believes this is for Allah he is mistaking, his act is against Allah.

In another part of Mullah Mansour’s speech published on Taliban’s website, he calls on fighters not to harm public utilities.

He orders fighters to also prevent others from harming power dams, Madrasas, schools, bridges, clinics and any other similar installation that benefits public.

Mullah Mansour tells fighters in the message to assist civilians in health, education and other sectors in accordance with the Islamic law.