You are here: Home / West Asia / Afghanistan: taliban recruiting children as soldiers in their ranks 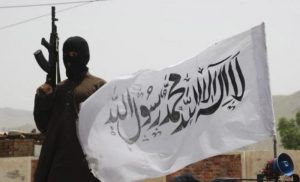 The Taliban militant group and other irresponsible militant groups are recruiting children as soldiers in their ranks, local officials in Ghor province said.

Zabiulalh Jawad, the provincial Independent Human Rights Chief, has told RFERL that they have credible evidences and documents to prove that Taliban are recruiting children to fight for the group.

Provincial governor’s spokesman, Abdulhai Khatebi confirmed the remarks by the Independent Human Rights Commission, saying the group is actively recruiting childre in the ares under their control.

The recruitment of children as soldiers is not in Afghanistan specifically by militant groups formed to fight the Afghan government.

Earlier reports emerged from the eastern Nangarhar province suggesting that the loyalists of the Islamic State of Iraq and Syria (ISIS) terrorist group are forcing the children and young men in the districts under their control to fight for the group.

The group is also accused of forcing the young women and girls to marriage in a bid to match the atrocities committed by the main group in Syria and Iraq.