You are here: Home / West Asia / Afghanistan: Taliban planning to sneak into Turkmenistan from Jawzjan 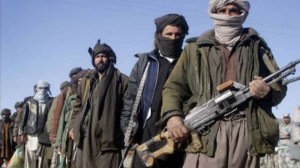 The governor of Jawzjan’s Kham Ab District says that Taliban militants are planning to sneak into Turkmenistan.

Engineer Ahmad said that Taliban are trying to have a permanent presence in his district to implement their plans.

“Kham Ab shares a border with Turkmenistan. Therefore, the enemy is trying to keep the district instable in order to sneak into Turkmenistan and secretly began its activities there,” Ahmad told Radio Azadi.

Meanwhile, Media Advisor and Spokesperson to the First Vice President says that 80 Taliban have fled to an island in Amu River that separates Afghanistan and Turkmenistan.

According to Faizy, Turkmenistan has preparedness to cope with any possible militant threat, adding that militants have two options.

“If decide to surrender, it is one option. And another option is they likely die. Because, it is winter and they don’t have access to logistical resources or food,” Sultan quoted by Azadi Radio as saying.

However, Taliban in a statement on their website say that their fighters have no need to spill over to Turkmenistan.