Afghan Taliban leader Hebatullah Akhundzada has died after being poisoned by dissident members of the group, rival militant group Islamic State has claimed, according to 1tvnews.af 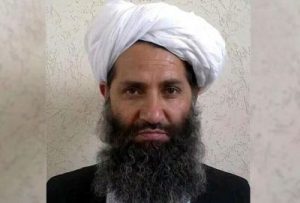 Akhundzada became Taliban leader after his predecessor Akhtar Mansour was killed in a drone strike in May last year.

In a statement obtained by 1TV, IS said that Akhundazda was poisoned to death as it cited increased internal discord in the group.

“(IS fighters) have received accurate information that there has been stepped up differences among slave and unbred leaders of the Taliban over materiality and ethnicism, as a result of which Hebatullah Akhundzada, leader of the Taliban, was murdered after being given poison by his aides,” the statement written in Pashto said.

The last time Taliban issued a public message in the name of Akhundzada was in February, in which the group called on Afghans to plant more trees.

Taliban has been weakened by internal divisions and defections to IS after its founder Mullah Omar was declared in 2015 to have died two years ago.

Earlier this year, reports said that Akhundzada replaced shadow governors in 16 Afghan provinces as he sought to consolidate his influence over the insurgency.

Government sources told 1TV that continued absence of Taliban leader shows that he might have been hurt.

However, Mirza Mohammad Yarmand, a former deputy Afghan interior minister, suggested that the IS statement could be either true or false.