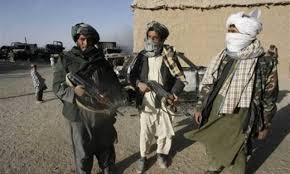 Safiullah Amiri, deputy chairman of the regional council in the northern Kunduz Province, told RFE/RL that 15 Afghan military personnel were killed in an attack in the Dashti Archi district that began late on September 9.

Amiri said that another 18 security personnel were injured in the attack.

In the northern province of Jawzjan, meanwhile, provincial police chief Faqir Mohammad Jawzjani said at least eight police were killed in early-morning fighting with the Taliban in the Khamyab district on September 10, the Associated Press reported.

Jawzjani told AP that Afghan troops were forced to retreat from a headquarters in the district in order to prevent civilian casualties. He said seven Taliban militants were killed and eight others wounded.

In the northern city of Sar-e Pul, the capital of the Afghan province of the same name, the Taliban carried out overnight attacks on military and police installations, officials and security sources said.

Provincial council member Asif Sadiqi was quoted by dpa as saying that at least 17 soldiers were killed in the attacks in Sar-e Pul, which he said the militants launched from three directions.