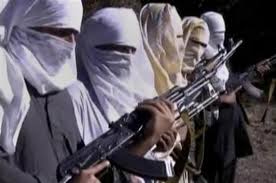 The Taliban has killed six members of the same family, including an infant girl, in a remote village in the country’s north, Afghan officials say according to rferl.org.

The Taliban denied involvement, saying the attack on January 18 was triggered by a personal dispute.

However, local Afghan officials said January 19 the family was sentenced to death by the Taliban for immoral acts before being shot dead, said Jawed Bedar, a spokesman for Faryab Province’s governor.

The infant girl’s mother and twin sister survived, but both of the child’s legs had to be amputated, Bedar said.

Afghan security forces deployed to the village early January 19 and helped evacuate the two survivors to the hospital.

Bedar said the Taliban attacked the government troops when they arrived. Three Taliban members were killed in the ensuing gun battle.

The Taliban now controls or holds sway over approximately half of Afghanistan.