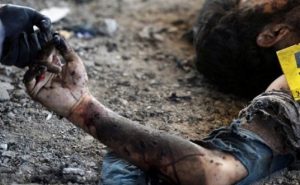 At least three family members of a Taliban group member was killed in an explosion triggered by an Improvised Explosive Device (IED) in northern Faryab province of Afghanistan, like reported by khaama.com.

The 209th Shaheen Corps of the Afghan Military in the North in a statement said the incident took place inside the house of a famous Taliban IED expert identified as Sadruddin.

The statement further added that Sadruddin was busy in making an IED when it went off prematurely, leaving his wife and two children dead.

The anti-government armed militant groups including Taliban have not commented regarding the incident so far.

The Taliban militants and other militants including ISIS often use improvised explosive device as the weapon of their choice to target the security forces and government officials.

However, in majority of such attacks the ordinary civilians are killed while in some cases the Taliban militants are themselves blown up in premature explosions.

Anti-government elements must immediately end the indiscriminate and disproportionate use of all improvised explosive devices (IEDs) in areas frequented by civilians, said UNAMA in a special human rights report released few days earlier.

The special report – titled “Increasing Harm to Afghan Civilians form the Deliberate and Indiscriminate Use of Improvised Explosive Devices” – documents a sharp increase from 1 January – 30 September 2018 in the killing and maiming of Afghan civilians by IEDs, which have caused almost half of the civilian casualties from conflict-related violence.