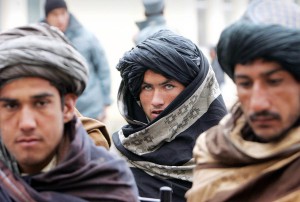 “The information we received reveals the Taliban has deployed 100 tons of weapons in a valley between Badakhshan and Nuristan provinces and some other areas including thousands of weapons in Moman valley and likewise in southern Afghanistan in Bahramcha area. These all show that the war is not going to end easily,” he said.

The remarks come a day after Afghan President Ashraf Ghani said peace talks with the Taliban will likely start within a few weeks.
However, Mohaqiq seems to be cautious about the peace talks.

“May God not engage someone with a bad neighbor, if a bad neighbor continues with bad deeds, then it becomes an obstruction, I seek refuge in God, now we have extended the friendship hand,” Mohaqiq said, referring to President Ashraf Ghani’s recent tour to Pakistan.