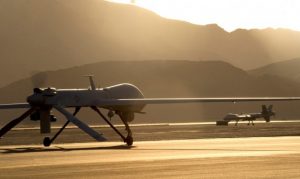 At least six militants including a local commander of the group were killed or wounded in U.S. drone strike in eastern Laghman province of Afghanistan, like reported by khaama.com.

The 201st Silab Corps of the Afghan Military in the East in a statement said the coalition forces carried out airstrikes using unmanned aerial vehicles, targeting the militants in Qala Tak area of Alisheng district in Laghman.

The statement further added that the airstrikes left at least three militants dead, including their local commander Allah Yar.

According to 201st Silab Corps, at least three militants also sustained injuries during the airstrikes.

Laghman has been among the relatively calm provinces in East of Afghanistan but the security situation in some of its districts has deteriorated comparatively during the recent years amid ongoing efforts by anti-government armed militants to expand their insurgency in this province.