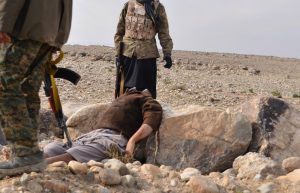 The Taliban insurgents have beheaded a young university student in northern Faryab province of Afghanistan and used his corpse a Body-borne Improvised Explosive Device (BBIED).

According to the local officials in Faryab, the corpse of the university student was left on a roadside after placing a remote controlled Improvised Explosive Device (IED) in his body.

Provincial governor’s spokesman Javid Bidar said the university student was taken out of the vehicle on a highway in Faizabad district and was decapitated by the Taliban insurgents.

Bidar further added that the move by the Taliban militants is apparently aimed at discouraging the university students from pursuing their higher education.

According to Bidar, an operation is underway to find and arrest the perpetators of the horrific incident.

Faryab is among the volatile provinces in northern Afghanistan where the Taliban insurgents and militants belonging to the other insurgent groups including the Islamic Movement of Uzbekistan are actively operating in a number of its districts.