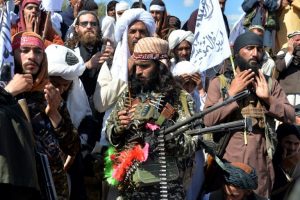 The Taliban killed at least 20 Afghan soldiers and policemen in a string of overnight attacks, government officials told the media on Wednesday, hours after US President Donald Trump said he had a “very good” chat with the insurgents’ political chief.

The militants have ramped up violence against Afghan security forces in recent days, ending a partial truce put in place during the run-up to a landmark US-Taliban withdrawal deal signed in Doha on Saturday.