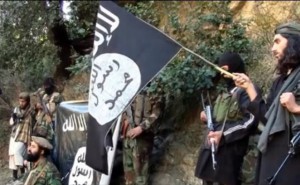 At least 23 Taliban militants and affiliates of the Islamic State of Iraq and Syria (ISIS) terrorist group were killed during a clash in eastern Nangarhar province of Afghanistan.

According to the local government officials, the clash erupted late on Thursday afternoon in Pichegram district.

Provincial police spokesman Hazrat Hussain Mashriqwal confirmed the incident and said several houses were also torched as a result of the clash between the two militant groups.

He said the clash has also incurred casualties to the civilians and several members of the two groups were injured with the affiliates of ISIS group taking to social media saying the houses were belonging both to Taliban and ISIS militants.

The Taliban militants group has not commented regarding the incident so far.

Yesterday’s incident comes as the activities of ISIS affiliates were reduced after receiving major blows during the recent months that resulted into death of the group’s senior commanders and leaders.

Gen. Breedlove said “The there are places where there are actually fighting between the Taliban and ISIS because they do not share some of their belief systems in the way things should be done and then there are other places where there doesn’t appear to be fighting and so these are all things that we are going to have understand in the future.”

According to Gen. Breedlove the group will have a hard time to become a part of this society because their approach to their religion, which he believes is very different.