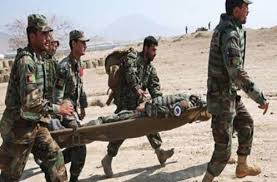 Seven Afghan security forces were killed in a joint assault by the Taliban, al Qaeda and Daesh on a checkpoint in northeast Badakhshan province, an official said Monday according to 1tvnews.af.

Nek Mohammad Nazari, a spokesman for Badakhshan governor, told 1TV that two more security forces were injured in the attack which happened in Arghanjkhwa district.

He said that five militants were killed while several others were wounded in the counterattack.

The attack coincides a Taliban assault on checkpoints in Kunduz province, which killed six police and wounded seven others.