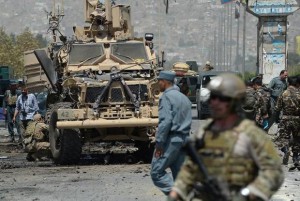 The incident took place after a suicide bomber detonated a Vehicle-borne Improvised Explosive Device (VBIED) while the foreign forces convoy near the Jalalabad airport.

According to provincial hospital officials the victims of the incident are all civilians.