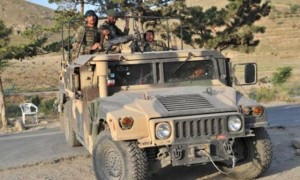 Six soldiers have embraced martyrdom whereas 102 militants were killed in separate military operations across the country in past 24 hours, a statement issued by the Ministry of Defense states.

According to the statement six soldiers embraced martyrdom due to a landmine explosion and militant heavy weapon fire. The statement does not contain information about the exact location of the insurgent attacks.