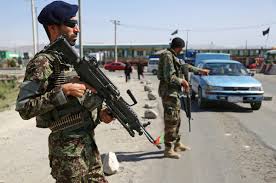 A Pakistani Taliban leader, who was allegedly involved in the killing of a renowned Japanese aid worker, has been killed I Afghanistan, a newspaper reported on Thursday according to pajhwok.com.

Amir Nawaz, who was suspected of playing a key role in the murder of Dr Tetsu Nakamura in eastern Nangarhar province in 2019, was killed during an operation near Kabul,.

The militant leader, also known as Haji Dubai, was wanted by Pakistan for complicity in a string of killings and kidnappings in Karachi, Punjab, Balochistan and Khyber Pakhtunkhwa, Daily Times reported.

According to the newspaper, Nawaz was the mastermind behind the Bannu jailbreak in April 2012. About 260 Taliban fighters had fled the prison as a result of the attack, claimed by the Tehreek-0-Taliban Pakistan (TTP).

Pakistani security sources confirmed to Daily Times the TTP leader’s killing in Afghanistan. TTP sources acknowledged Amir Nawaz’s killing during an operation near Kabul a couple of days ago.