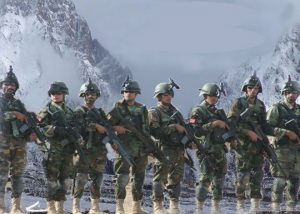 Army and police are getting prepared for the winter operations, with the interior ministry saying that the operations would begin in January, a new chapter of war that is called to cleanse areas under Taliban control, like reported by afghanistantimes.af.

“A delegation has started visiting some provinces to evaluate what the security forces need for their winter operations. We will start the winter operations in January once the delegation delivers its reports,” Najib Danesh, interior ministry spokesman said Monday.

Security bodies are criticized for not doing enough in the winter operations. They claimed last year that the districts of Wardooj and Yomgan in the mountainous province of Badakshan in the northeast were taken back from Taliban during winter operations, while the militants are still active in these districts.

Meanwhile, defense ministry says that army had increased offensive operations against the insurgents due to an order from the National Security Council.

“We have increased offensive operations that had significant results. These operations will help reduce in soldier casualties and also we can destroy the centers that the armed opposition groups are planning,” said Ghafoor Javed, defense ministry spokesman.

He added that nearly 1,000 militants were killed or injured during the 161 operations launched by army in the past two weeks, who also destroyed 35 hideouts of the insurgents.