You are here: Home / West Asia / Afghanistan: Parliament urges immediate block of the signals of Daesh Radio ‘Voice of the Caliphate’ 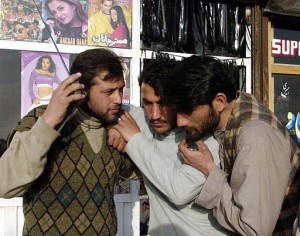 The Meshrano Jirga or Upper House of Parliament on Tuesday urged government to immediately block signals of a radio operated by the terrorist group of Islamic State (IS) or Daesh in eastern Nangarhar province.

The Radio namely ‘Voice of the Caliphate’ is broadcasting propaganda programs against the government and recruits fighters for Daesh.

Lawmakers said during Tuesday’s session that government needs to take all measures against the radio even if it needs to get assistance of the regional countries.

“Security agencies need to get to work and find location of the radio,” she said, adding that “government needs to take the issue very serious.”

A similar call was also made by NAI, an organization that supports open media in Afghanistan, last week. NAI had warned government that Daesh’s radio could have a serious negative impact on security situation in the country.

The ISIS affiliates are launching the radio station amid growing concerns that the terror group is gaining foothold in Afghanistan with the terror group attempting to establish a regional base in Jalalabad, capital city of Nangarhar.

According to the commander of the US and NATO forces in Afghanistan Gen. John Campbell, there are indications that foreign militants from Syria and Iraq had joining the ranks of ISIS loyalists in eastern Nangarhar province as they are trying to consolidate links with the leadership of the terror group based in Syria and Iraq.