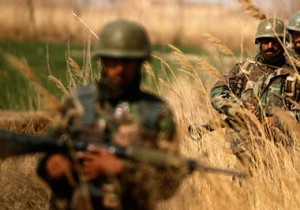 At least nine insurgents were killed in special ground and air operations by the Afghan security forces in eastern Nangarhar province on Wednesday, provincial police said in a statement.

The operation was launched in Hasarak and Sherzad districts of the province and 18 others wounded, police spokesman Hazrat Hussain Mashriqiwal said.

“Among the dead bodies two Chinese also seen,” he stated.

Eleven others including one Pakistani citizen detained during the operation, he said adding that the Pakistani was reportedly a doctor who had been treating injured Taliban members.

However, the statement did not provide details about casualties among the security forces during the operation.