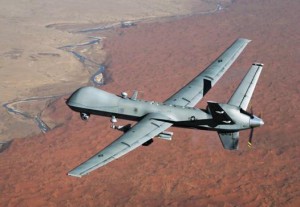 Nearly a dozen Daesh, or Islamic State, fighters have been killed in a drone airstrike in eastern Nangarhar province, official said on Sunday.

He said at least 11 Daesh militants were killed in the raids. A resident of Achin, Sangar Shinwari, said airstrikes had been accelerated recently in the district by NATO-led troops.