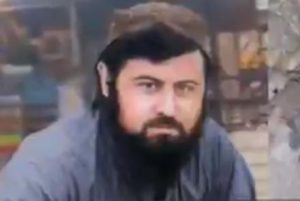 The Afghan intelligence agency—the National Directorate Security (NDS)– in a statement on Tuesday said that the NDS’s special operation units eliminated a “key member” of an Al Qaeda network and a “high-profile Taliban commander” during an operation in Giyan district of Paktika province, like reported by tolonews.com.

“Special forces of the National Directorate of Security during a targeted operation eliminated a key member of Al Qaeda network including a Taliban commander in Gilan district of Paktika province,” the statement said.

“Dawlat Bek Tajiki, known as Abu Mohammad Al-Tajiki, a key member of Al Qaeda network for the Indian subcontinent, and Hazrat Ali, also known as Hamza, a native of Waziristan and a commander of the Taliban terrorist group, were considered among the plotters of highly complicated attacks,” the statement said.

The NDS said that the two commanders were providing advice to the Taliban for their spring offensive.

According to the NDS, the two were also responsible for financing and providing weapons and military training to the Taliban in Ghazni and Zabul provinces.