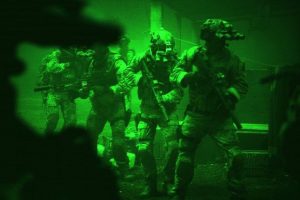 In a night operation in Nangarhar province, NDS killed the deputy intelligence chief of ISIL for the province, like reported by khaama.com.

Afghan National Directorate of Security in a press release says that the deputy intelligence chief of Daesh (IS-K) was killed in a night raid in Nangarhar province.

NDS stated on Monday, that special forces of its unit carried out the night operation in Adur area of Khogyani district in Nangarhar.

According to the National Directorate of Security’s 02 unit, the operation lasted resulting in the seizure of three AK-57 rifles, a shotgun, a tactical vest, and a pistol.

Eastern Nangarhar is one of the insecure provinces in the country and in addition to the existence of Taliban fighters, Daesh-affiliated militants are also present and active in some areas of the region.

In recent years, Nangarhar province has been the main base of Daesh in Afghanistan, the group carries similar attacks like Taliban, Al-Qaeda, and other militant groups.

This comes as Unknown gunmen shot dead a civilian prosecutor, Mirwais Samadi, in the company area of PD 5, Kabul this morning.

Kabul Police confirmed the incident and added that an investigation is underway to determine the motive behind the assassination.