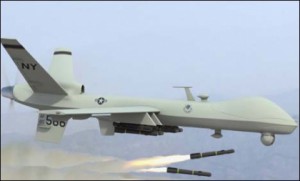 According to him there were no any harm and casualties to civilians in the attack.
The source added, the operation continues till annihilation of insurgents in the province.