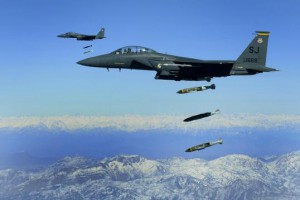 At least 36 Daesh or Islamic State (IS) militants were killed in NATO airstrikes in the eastern province of Nangarhar, an official said on Friday.

A resident of the district, Abdul Rahman, confirmed the airstrikes on Thursday night but had no information regarding the fatalities.

Daesh fighters have so far issued no comment regarding the airstrikes.