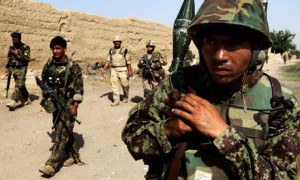 Afghan National Security Forces have launched a military operation to retake Jawand District in northwestern Badghis province back from Taliban.

Military commander of 207th Zafar corps says that the operation will continue until Taliban face defeat.

Jawand District fell into the hands of Taliban on Saturday night. Its governor, police chief and other officials took shelter in a nearby village.

Bahauddin Qudosi, head of the provincial council of Badghis province said that Taliban stormed the governor’s office, police headquarters and a number of security check points.

However, there is no report if any clash has taken place between Taliban and security forces or if there are any casualties.

Jawand is one of the most populated districts in Badghis province.