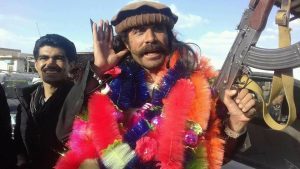 A man has killed at least seven Taliban militants before escaping from the captivity of the militants in Paktika province of Afghanistan, security officials said to ariananews.af.

He added that the man has opened fire on Taliban insurgents after taking weapon of one of them.

According to the official, he has killed seven Taliban members and injured 18 others.

The man has been identified as Awal Khan, the brother of Afghan Local Police (ALP) commander Duray Khan.

Police says Awal Khan has escaped the district using the Taliban vehicle and brought a machine gun with a rocket.

The Taliban insurgent group has not made a comment about the report yet.