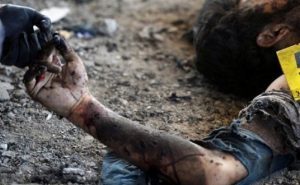 A commander of the Pakistan-based Lashkar-e-Islam group has been killed in the airstrikes conducted in eastern Nangarhar province of Afghanistan, like reported by khaama.com.

The provincial police commandment said a total of five militants were killed in the airstrikes conducted on Wednesday evening and late night of the same day.

According to a statement by Nangarhar police, at least four foreign insurgents including the Lashkar-e-Islam commander identified as Shah Nawaz were among those killed.

The statement further added that the first airstrike was carried out around the evening time in Spin Zhari area of Nazian district, leaving the Lashkar-e-Islam commander Shah Nawaz dead.

The second airstrike was carried out late on Wednesday night in the vicinity of Mia Baba area of Haska Mina district, leaving four ISIS militants dead, including three foreign insurgents.

The local security officials are saying that the local residents in the two districts and the security personnel did not suffer any casualties during the operations.

Nangarhar is among the relatively calm provinces in eastern Afghanistan but the anti-government armed militant groups have recently increased their insurgency activities in some parts of the province during the recent years.

This comes as an anti-ISIS operation is underway in Nangarhar to eliminate the presence of ISIS affiliates in this province.

The US forces based in Afghanistan are also providing support to the Afghan forces during the operations, mainly involving airstrikes.