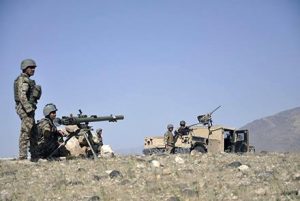 At least 11 Taliban insurgents, including three key members, were killed in ongoing security forces operations in north-eastern Kapisa province in the past week, local security officials confirmed to tolonews.com.

In addition, 16 other insurgents were wounded.

The operations were launched in Nijrab district of the province to clear the area of insurgents, provincial police chief Mohammad Razaq Yaqobi said. He said the three key Taliban members killed were  Mullah Fedaye, Obaida and Islamyar were killed.

“Three security force members were killed, and 10 others were wounded during the operation,” Yaqobi said.

He did not provide further details about the operation.

The Taliban has not yet commented.