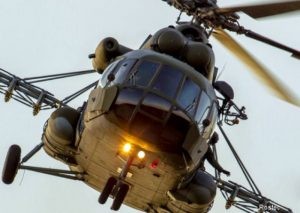 At least 21 Taliban insurgents were killed in separate airstrikes conducted in central Logar province of Afghanistan, the Ministry of Interior (MoI) said Monday like reported by khaama.com..

The ministry further added that two key commanders of the group were also among those killed.

According to MoI, among the kills include two key commanders of armed Taliban named Waziri and Samad.

The Taliban insurgents group has not commented regarding the report so far.

Logar is among the relatively volatile provinces in central Afghanistan where the Taliban insurgents are actively operating in a number of its remote districts.

The group often conducts insurgency activities by placing landmines and carrying out coordinated attacks against the government and security forces.

The killing of the two senior Taliban commander in Logar airstrikes came as the Afghan forces are busy conducting their annual counter-terrorism operations in the provinces where the militants are actively operating.

According to the Afghan officials, the operations were launched to suppress the insurgency activities of the militant groups by specifically targeting their leaders and commanders.