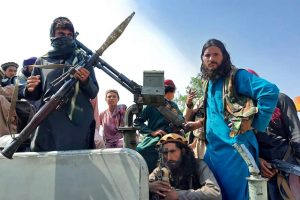 The Taliban’s leadership ordered all of the group’s commanders to investigate their foot soldiers’ backgrounds, hoping to weed out members of other extremist groups hiding among the Taliban’s ranks, like reported by nationalinterest.org.

The Islamic State’s “Khorasan Province,” or ISIS-K, has waged a small but highly active insurgency in Afghanistan—first against the internationally-recognized Afghan government, aided by the United States and other coalition forces, and then against the Taliban, following its August 15 capture of Kabul, the nation’s capital.

The Taliban’s leadership has decided to focus on governing Afghanistan according to the group’s understanding of Islamic law and refrain from attempting to spread it beyond the country’s borders. This decision has reportedly rankled a number of the group’s foot soldiers, some of whom have defected from the Taliban to join more extreme groups, such as Al Qaeda and ISIS-K. More ominously, however, others are speculated to have remained within or joined the Taliban’s ranks, potentially subverting its mission and driving it to carry out further violence in the country.

Consequently, in late September, the Taliban’s leadership ordered all of the group’s commanders to investigate their foot soldiers’ backgrounds, hoping to weed out members of other extremist groups hiding among the Taliban’s ranks.

An anonymous high-level Taliban official told CBS News that he believed the leader of ISIS-K, whose identity remains unknown, to be among those who have infiltrated the group. That leader, known among ISIS-K as “Shahab al-Muhajir,” is rumored to be an Afghan named “Sanaullah,” although none of these details have been confirmed.

Other Taliban spokesmen disputed the notion that ISIS-K had a presence within the group’s ranks. Saeed Khosty, a spokesman for the new government’s Interior Ministry, denied that al-Mujahir was operating within the group and downplayed the threat represented by ISIS-K.

Khosty, however, observed that the Taliban government had not been able to capture the previous government’s security files, which included information on ISIS-K fighters—which could have been used to help them identify the group’s members.

ISIS-K was responsible for the suicide bombing of the Hamid Karzai International Airport during the U.S. evacuation airlift, resulting in the deaths of thirteen U.S. servicemembers and nearly two hundred Afghan civilians.

Although it has not yet claimed responsibility, it is also likely to have launched Friday’s attack against the Said Abad mosque in Kunduz, used by the city’s Shi’ites— a long target of ISIS terror attacks. The Taliban blamed ISIS-K for the attack and promised that it would protect Afghanistan’s Shi’ites, despite having carried out attacks against them itself.