You are here: Home / Analysis / Afghanistan: how Taliban victory will reshape regional dynamics in Central Asia 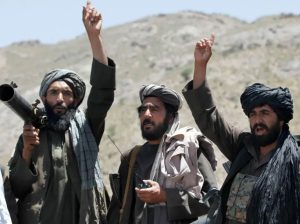 The Taliban’s victory in Afghanistan is transforming the regional landscape and unnerving neighbouring countries. Central Asian countries face migration flows, humanitarian challenges and political uncertainty. The post-American Afghanistan also provides Moscow and Beijing, as well several other regional powers like Tehran and Islamabad, with opportunities to enhance regional engagement as the world moves towards multipolarity, like reported by eurasiareview.com.

China and Russia, and regional powers, are eager to increase their influence in Central Asia, though with divergent goals. No single power is capable of taking on the security role the United States played.

The Taliban’s success should not have taken regional actors by surprise. Popular grievances across Afghanistan towards inept and corrupt governance delegitimised the government of now deposed president Ashraf Ghani and facilitated the Taliban’s takeover. Most worrying to Central Asian leaders is that they are facing similar grievances at home, a trend pushing governments to curtail public dissent, opposition sentiment and overt displays of religion.

Tajikistan, Turkmenistan and Uzbekistan, which border Afghanistan, have fortified their frontier zones and are eager to avoid large-scale refugee flows and militant movements across their borders. These countries experience high poverty rates and growing human insecurity, which has been made worse by COVID-19. With electricity shortages of their own, Central Asian capitals now face the question of cutting off electricity exports to Afghanistan, which can no longer pay for them, likely exacerbating the humanitarian situation in urban areas.

Uzbekistan is the most willing to engage with the Taliban. As one of the world’s two double landlocked countries, it has invested heavily in regional transportation infrastructure to reach global markets via South Asia and wants to protect those ambitions.

Tajikistan’s government has long been wary of the Taliban and serves as a refuge of anti-Taliban Afghan dissent. Given the large Tajik minority in Afghanistan, Tajikistan has also made clear that any recognition of the Taliban would be contingent on creating an ethnically inclusive government.

The Taliban’s victory provides Moscow with a potential opening to reassert its influence in Central Asia. Russia seeks to exploit the US withdrawal and growing perception that the United States is not committed to its allies or regional partners. It has presented itself as a key hard power security provider for Central Asia — a region that Russia views as part of its ‘sphere of influence’ and where it has two overseas bases.

In August 2021, Uzbekistan participated in a virtual summit of the Cooperative Security Treaty Organisation, a military alliance of former Soviet states that it has exited twice over disagreements with Moscow. There is speculation that Uzbek membership may be back on the table. Russian forces have held joint training exercises with their Uzbek counterparts along the Afghan–Uzbek border and joint drills with Tajikistan.

But expanding its security footprint deeper into Central Asia poses risks. Russia is stretched thin between deployments to Armenia–Azerbaijan, Syria and Ukraine. Moscow also has a poor track record of living up to its security commitments to its allies. It stood on the sidelines when ethnic violence rocked Kyrgyzstan in 2010, despite government requests for help, and in April 2021, when intercommunal violence occurred along the Kyrgyz–Tajik border.

Washington sees Central Asia, particularly the bordering countries of Tajikistan and Uzbekistan, as partners in its efforts to stabilise the region after the withdrawal. The Biden administration has sought permission to conduct limited military operations — likely drone operations — from both countries and to secure safe-harbour for Afghan migrants seeking refuge. Biden even deployed Deputy Secretary of State Wendy Sherman to Tashkent for discussions — an indication the US sees Uzbekistan in particular as strategic regional interlocutor.

But gaining permission for any renewed US military presence in the region has been an uphill battle. Moscow and Beijing are using their economic influence, political clout and disinformation to tarnish Washington’s image among its partners and actively discouraging them from allowing any US security presence on their territory.

Beijing views Central Asia as a buffer zone between the instability in Afghanistan and Xinjiang. China is gradually expanding its security footprint in Central and South Asia to protect its financial investments and prevent the region from becoming a haven for ethnic Uyghurs. Beijing has enhanced counterterrorism cooperation, established a small military facility on the Afghan–Tajik border, is constructing additional security infrastructure in the country, and pressured local governments to repatriate ethnically Uyghur Chinese citizens.

Yet China has a mixed reputation in the region. Local governments want Chinese investment, but the publics are wary of China’s mistreatment of its Muslim citizens — including ethnic Kazakhs and Kyrgyz. Chinese businesses in Central Asia are facing popular backlashes due to the lack of transparency in their operations and employment practices.

The Taliban’s victory in Afghanistan enhances the prospects for cooperation between the Russian, Chinese and Central Asian governments, but does not guarantee it. Both Beijing and Moscow enjoy far greater economic clout in Central Asia than any Western state does, due in part to geographic proximity. Yet, regional states remain wary of Beijing and Moscow, and will seek ways to keep the West, especially the United States, engaged in the region.

Central Asian states are also reaching out to smaller regional powers, including India, Iran, Japan, Pakistan and South Korea, indicating that regional elites hope to continue their long-standing foreign policy balancing acts. Yet these powers have divergent interests and Central Asian capitals have often seen Iranian and Pakistani ambitions as destabilising in the region.

This emerging landscape in Central and South Asia is a clear example of the shift towards a messier multi-polar world, where great and rising powers and local actors increasingly collide.