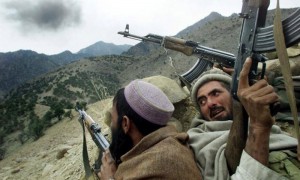 A key Haqqani network commander and Taliban’s shadow deputy governor for Paktika were killed during a special operation by security forces, the Minister of Interior said in a statement.

The first operation was launched on Tuesday in Sardani Hindi village of Warmmi district of Paktika in which the Haqqani network commander and three other insurgents were killed, according to the statement.

This comes after 46 other insurgents including Taliban’s shadow deputy governor for Paktia were killed in an airstrike in Tandi Boza village of Tarwa district of the province, the statement said.

It said that some light and heavy rounds of ammunition were also destroyed in the airstrike.

There were no casualties among civilians or military forces in the operations.