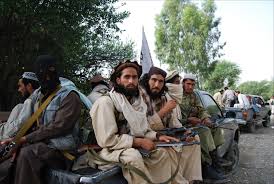 The operation was launched in the Barmal district to clear insurgents and Mullah Ramazan was among the six insurgents killed, a spokesman for the Provincial Governor, Nabiullah Peerkhil confirmed.

“The Haqqani commander was involved in insurgency activities in the past eight years in Paktika,” he said.

However, he did not provide details on whether the ANA suffered any casualties during the operation.

Paktika province, which borders Pakistan, has seen frequent insurgent activity in the past.