A new special force to fight Daesh (Islamic State) terrorists and their supporters was set up in Afghanistan, the country’s Defense Ministry announced Thursday. 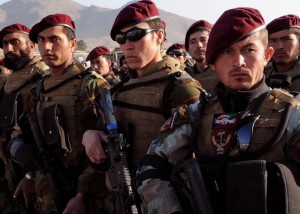 The new special military unit will mainly focus on countering the radical groups’ insurgency in the east of the country, Afghan Defense Minister Masoom Stanekzai said as cited by Khaama Press agency.
Afghanistan’s northeastern Nangarhar province has recently seen a surge in the terrorists’ activities and anti-government propaganda as Islamic fundamentalists seek to create a regional base there.The situation in Afghanistan has worsened in the last couple of months, with the Taliban and other extremist organizations, including the notorious Daesh, taking advantage of instability in the country and launching offensive against the country’s major cities.

Daesh is a terrorist group outlawed in Russia and many other countries due to its numerous atrocities.