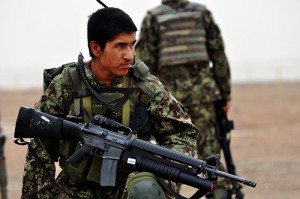 Five soldiers have embraced martyrdom while 41 militants were killed in latest military operation across the country, Ministry of Defense announced on Monday.

A statement issued Monday morning by the ministry states that the four soldiers embraced martyrdom in insurgent fire and landmine explosions in past 24 hours. The statement does not specify the exact location of the incident.

Ministry of Defense statement furhter states that 41 militants were killed and 32 wounded in military operation during the operations conducted in 15 provinces in past 24 hours.

Six suspects were also arrested and weapons and ammunition seized by the security forces but the defense ministry has not mentioned its specific number in statement.