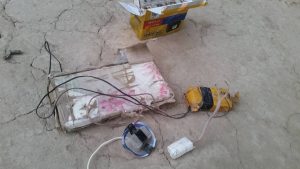 An explosion has taken place among the gathering of the Taliban leaders in northern Kunduz province of Afghanistan, leaving several people dead, like reported by khaama.com.

According to the Afghan army officials in the North, the incident has taken place in the vicinity of Khanabad district, one of the main volatile districts of the province.

The officials in 10th Pamir Division of the Afghan Army said the gathering was organized in Yamchi Buyen village.

The anti-government armed militant groups frequently use explosives materials for the roadside bombings and car bombings to target the government staff and security personnel.

However, in majority of such incidents the ordinary civilians are targeted besides such bombings incur casualties to the security personnel and in some cases the Taliban militants themselves are killed or wounded.

The United Nations Assistance Mission in Afghanistan (UNAMA)  in its latest reported highlighted that 40 per cent of all civilian casualties during the six-month period were killed or injured by anti-government forces using improvised explosive devices (IEDs), such as suicide bombs and pressure-plate devices, which were responsible for the deaths of 596 civilians and injured 1,483.