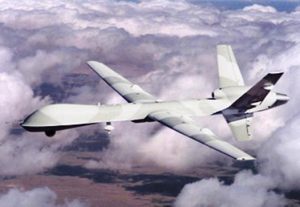 Twenty-five Daesh — or so-called Islamic State (IS) — fighters have been killed in a drone strike in the Achin district of eastern Nangarhar province, an official said according  to pajhwok.com.

According to Mashriqiwal, several weapons, ammunition and explosives were also destroyed in the attack. Security forces and civilians suffered no casualties.

There has been no word yet from the insurgent outfit in this regard.