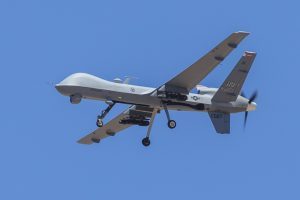 At least three militants were killed in a US airstrike in eastern Laghman province of Afghanistan, like reported by khaama.com.

The 20st Silab Corps of the Afghan Military in the East said the latest airstrike was carried out in the vicinity of Alingar district.

The source further added that a local commander of the militants was also wounded in the airstrike that eliminated a hideout of a terror group in Noor Lam Sahib valley.

The airstrike did not incur any casualties to the ordinary civilians as well as the militants involved in the operations, the Silab Corps added.

Laghman has been among the relatively calm provinces in the East since the fall of the Taliban regime but the anti-government armed militants have been attempting increase insurgency activities in this province.

Laghman is located close to Nangarharhar province where both the Taliban and militants loyal Islamic State are actively operating in some of its remote districts.

Local officials often report airstrikes on Taliban and ISIS loyalists in some districts of Laghman province.