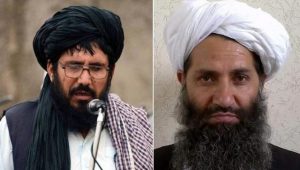 Dozens of Taliban militants were killed or wounded during the clashes among the two factions of the Taliban in western Herat province of Afghanistan, like reported by khaama.com.

Provincial governor’s spokesman Jilani Farhad confirmed the incident and said at least 28 militants have been killed during the latest clashes among the Taliban fighters in Shindand district.

Farhad further added that the loyalists of Mullah Hebatullah and Mullah Rasool clashed with each other, leaving at least 28 militants dead.

According to Farhad, at least 17 militants belonging to Mullah Hebatullah group were killed and at least 8 others sustained injuries during the clashes.

He said at least 11 militants belonging to Mullah Rasool group were killed and at least 9 others sustained injuries.

Herat is among the relatively calm provinces in West of Afghanistan but the security situation in some of its districts has deteriorated during the recent years.