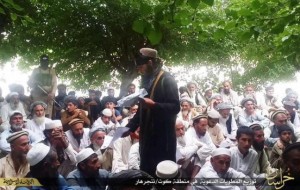 Police in eastern Nangarhar province have busted a recruitment team of the terrorist group of Islamic State (IS) or Daesh.

Officials say the three member group was busted during a raid in Buland Ghar area of Behsood District yesterday.

Security agencies are questioning the terrorists to get to other recruiters of the group.

Daesh that emerged in Nangarhar about a year ago has been attempting to expand by recruiting more people.

The group is more focusing on brainwashing the youths and indoctrinate them with radical ideologies.

They have been using the recruitment tactics of Taliban but their way of execution is more horrible than the Taliban.