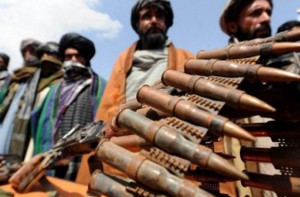 According to Kalimzai those who recently joined Daesh and returned to Kunar are now recruiting for the terror organization.

Kalimzai said that a number of Kunar residents traveled to Nangarhar province to sign up and that they have now returned to Kunar province.

“According to our information nearly 300 Daesh militants are conducting propaganda (campaigns) and recruiting people but so far no armed Daesh militants have been seen in Kunar,” Kalimzai said.

“I believe that Kunar residents and tribal elders are opposed to Daesh militants and their opposition will cause that Daesh militants will not have safe havens in Kunar province and if the Daesh militants start any activity, they will face the response of security forces,” Hemat said.

Reports indicate that Daesh are active in six districts of Kunar and recently started training in the province.

“We warn Daesh militants that if they start destructive activities in Kunar province they will face residents’ strict response and they will be eliminated in the province,” said Hamidullah a resident.

After Daesh militants suffered heavy casualties in Afghan air strikes in Nangarhar the group now appears to have started activities in Kunar and Nuristan provinces.