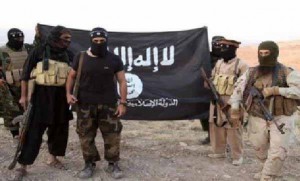 Local officials in Baghlan province voiced their concerns on Thursday over reports that Daesh militants are trying to recruit in the area, warning that if government does not do something quickly this move will further escalate violence in the region.

According to some residents, militants apparently associated with Daesh have in recent weeks tried to forge a foothold in the province and settle their families in the area in a bid to recruit fighters.

Residents believe this could pose enormous security threats to the people in future.

Up to 70 Daesh families have reportedly been deployed to one district in Baghlan and are recruiting, members of Baghlan provincial council were quoted on Thursday as saying.

“I have information that 70 Daesh families were deployed in Barkah district and are recruiting; they force the residents to provide them with food. Government is aware of the development, but it hasn’t taken any action,” a member of Baghlan provincial council Mohammad Hanif said.

“Taliban and Jandallah groups are already operating in Baghlan, but now Daesh has added to these groups. The government is not taking action against them and militants freely recruit. So government must act,” a Baghlan resident Zikrullah said.

“Daesh and Taliban militants are recruiting in Baghlan. Government must act and suppress them during the winter,” another resident Nasir said, adding that if action is not taken against them now, militants will pose a major threat come next spring.

Meanwhile, Baghlan police department has confirmed Daesh militants were in the area. However, police reject rumors over the deployment of militants’ families in Baghlan’s Barkah district.

“Recently Daesh planned to establish a center in Barkah district, but the group faced a major backlash from the people and they fled the area,” acting police chief of Baghlan Abdul Rashid Bashir said.

This comes just a few months after rumors surfaced that Taliban and Jandallah groups were trying to recruit in Baghlan.