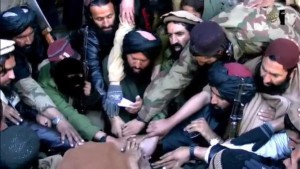 Police officials in Kunar province have stated that about 80 Daesh families have moved to Sarkanoi district of Kunar Province after they were forced from Achin district of Nangahar province.

Officials in Ministry of Defense have claimed that killing of Daesh militants was one of our priorities for the current year.

Mr. Sayedkhail added that the following Daesh militant’s families have moved to sarkanoi district after the Afghanistan and International security forces have limited their activities in achin district of Nangarhar province.

Ministry of Defense Spokesman Dawlatwaziri said,” As we all know that Daesh has been defeated in Afghanistan, ANSF will not allow them to turn Kunar as the safe shelters for themselves.”

Based on the reports Daesh radio stations began its activities since three days in Achin district, exaggerating against Afghanistan Government.

Political analyst Miagul Wasiq said,” the following militant group is trying to position its militants in Afghanistan to launch the militant and terrorist activities in Afghanistan.”

The following group has claimed several terrorist attacks responsibility took place in Afghanistan in the year of 2015,its members are those Taliban and Pakistani nationals where they were blacklisted by USA.